What's the Relationship Between Tinnitus and Headaches?

The Surprising Connection Between Headaches and Tinnitus

No one enjoys dealing with tinnitus. It is, after all, a profoundly unpleasant condition. No matter where you are and no matter what you're doing, if there's even momentary silence, the ringing starts. 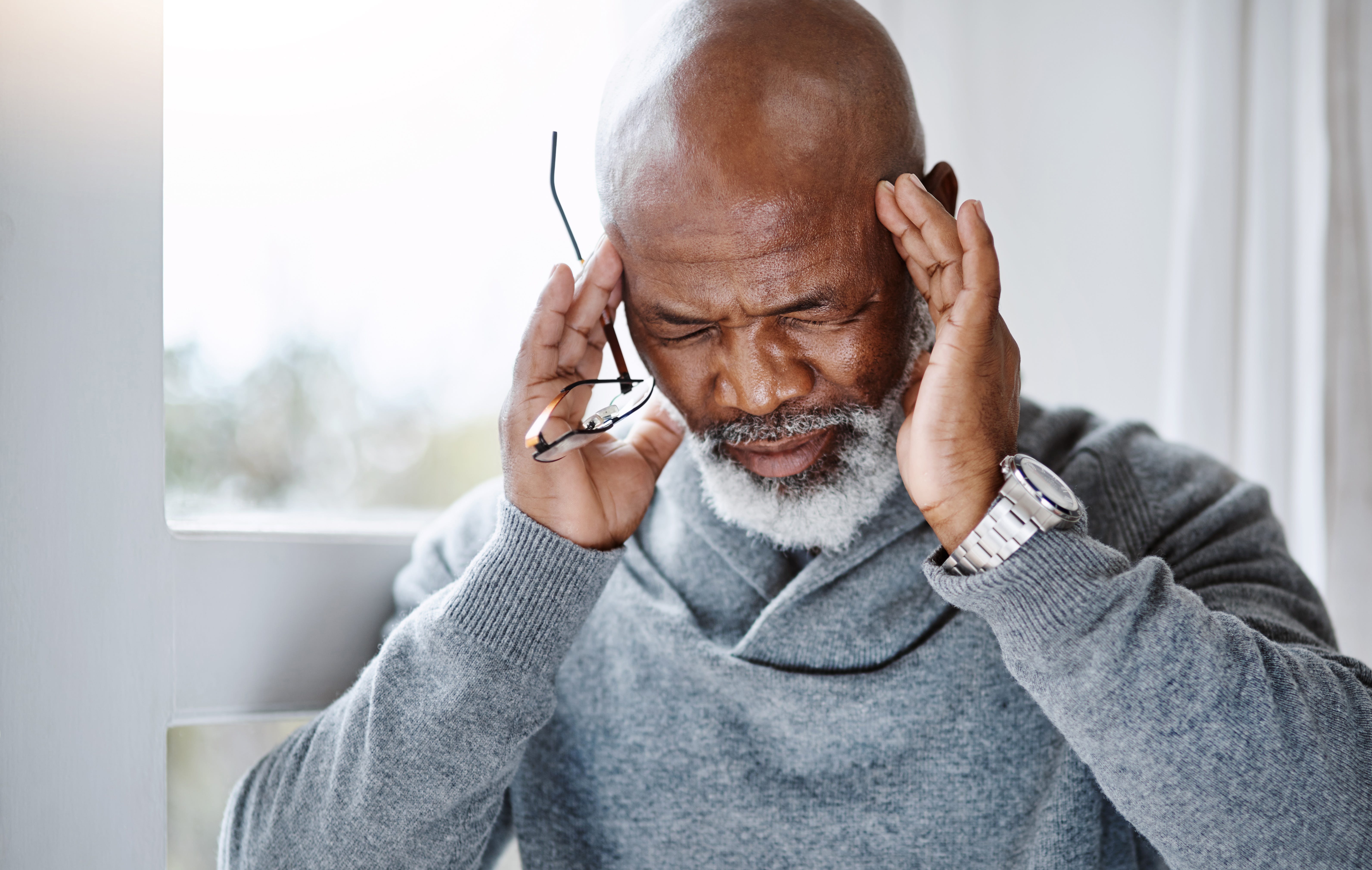 Although tinnitus is most commonly associated with hearing disorders, these are not the only conditions that can cause it to manifest. Headaches can, too.

Though it's by no means life threatening, the constant clicking, buzzing, whistling, or whooshing sound can seriously do a number on your mental health. The good news is that tinnitus is a relatively easy condition to treat. The bad news?

It may simply be a symptom of something else.

In the past, we've discussed how tinnitus may be associated with a wide range of different hearing disorders. But it's not just issues with your ears that can cause the aggravating phantom noise to manifest. It might also be the result of something going wrong with your head.

Research published last year in Otology & Neurology actually found that tinnitus was more common in people who suffered from migraines than it was in those who were experiencing hearing loss. According to a survey of more than 12,000 individuals, 35.6% of respondents with tinnitus experienced migraines versus only 24.5% of those with hearing loss.

It's fairly clear at this point that there's at least some connection between headaches, tinnitus, and impaired hearing. What's unclear is the nature of that connection. Why is it that headaches and tinnitus so frequently go hand-in-hand?

Why Tinnitus and Migraines are Commonly Comorbid

Here's where we run into a bit of an issue. Although doctors do have a general understanding of the conditions that tend to cause tinnitus, they're comparatively less clear on the specific reasons why. The problem, as noted by a paper published in Frontiers in Neuroscience, is twofold.

First, there's simply not as much research funding for tinnitus studies compared to other ear disorders. This is exacerbated by the fact that many tinnitus studies are somewhat disorganized, encompassing multiple disciplines, including audiology, neuroscience, and pharmacology—to name just a few. The first step in addressing this would be the establishment of a better research framework.

Second, we're not entirely clear on the exact prevalence of tinnitus. Because the condition generally isn't detectable (with the exception of a few incredibly rare cases), surveys and research must rely entirely on self-reporting. It's an inherently unreliable and flawed data acquisition method, and the number of people suffering from tinnitus may either be higher or lower than current predictions.

All this is to say that medical science isn't entirely certain why tinnitus so commonly goes hand in hand with migraines. Some suggest that the connection is actually quite simple. Both migraines and tinnitus are caused by abnormal neural activity—someone whose neurons are already misfiring from a migraine might therefore be at a higher risk of developing a condition such as tinnitus.

Others have suggested that the tinnitus simply results from the extreme pain and discomfort caused by the migraine. The only thing that we can say for certain is that if we're to get a concrete answer, there needs to be more research into tinnitus. Otherwise, all we have is guesswork.

Hearing impairment aside, there's actually a pretty comprehensive list of symptoms that may manifest alongside tinnitus and migraines. These include, but are not limited to:

What Can I Do About My Migraines?

The first step is to determine if your migraines hint at something more severe. The best way to do this is to simply visit your doctor. They can work with you to help determine if your head pain is something you should be worried about, or simply an unpleasant condition you might occasionally have to contend with—genetics are a major risk factor for migraines after all.

Beyond that, if you feel a migraine developing, stop what you're doing, make sure you have plenty of water, and get some rest. Consider putting on a sleep mask or blindfold to keep the light out of your eyes and reduce eyestrain. And if your migraine is accompanied by tinnitus, a white noise machine might help. You can learn more about how sound affects your sleep here.