Can a Hearing Aid Mask Tinnitus?

How Your Hearing Aid Can Help With Your Tinnitus Symptoms

It happens whenever there isn't enough background noise.

Maybe it's a dull roar, like you're standing inside a wind tunnel. Maybe it's a high-pitched ringing sound, obnoxious enough that you can hardly focus. Or maybe it's a clicking, buzzing, or whooshing sound. 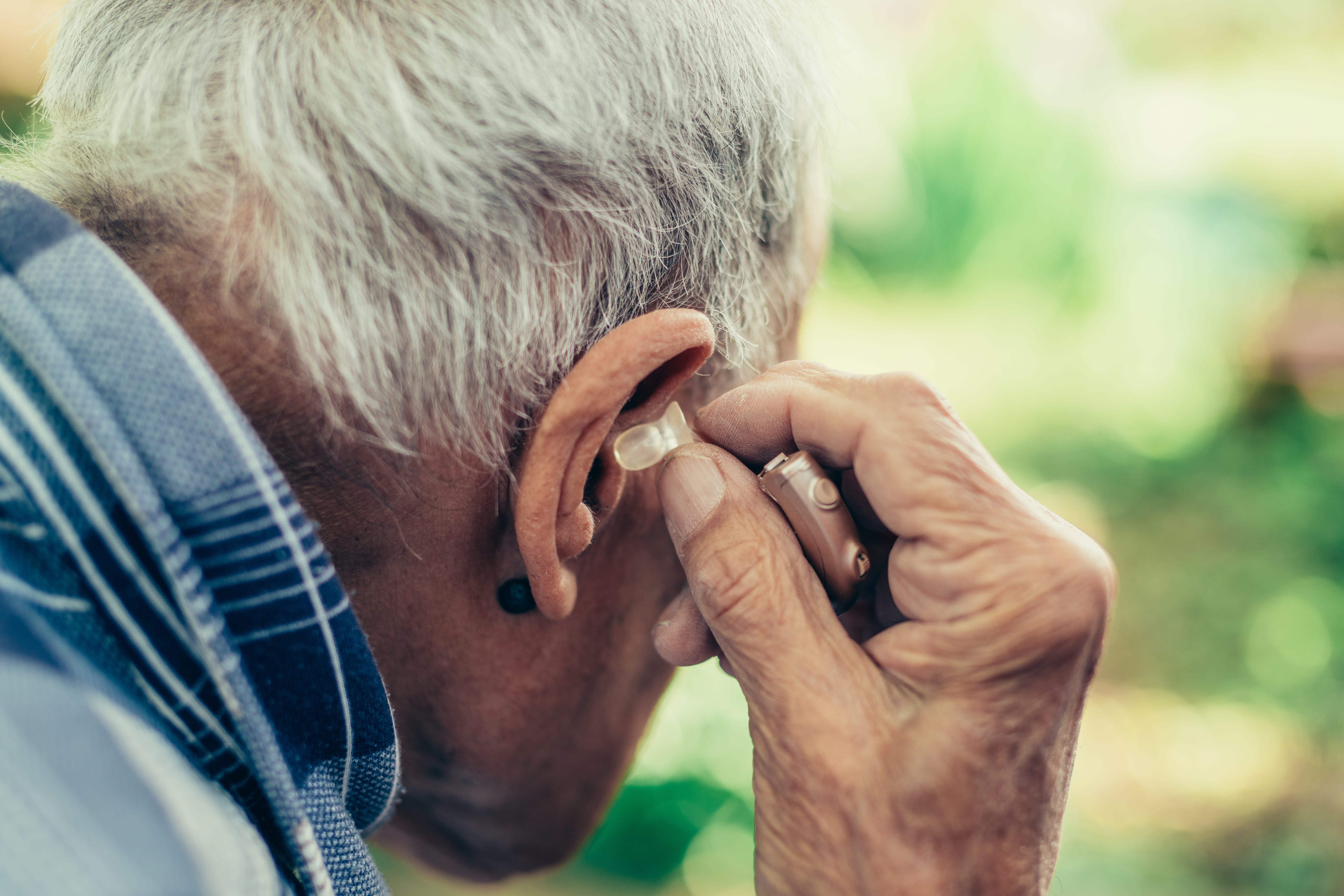 Suffering from tinnitus? As it turns out, if you use hearing aids, a solution for this aggravating condition might be closer than you'd think.

However it manifests, tinnitus can be an absolute nightmare to deal with. Although the condition is not itself harmful, it can still be incredibly debilitating. To put it another way, there's nothing quite as frustrating as lying awake in bed at three in the morning because your ears won't stop ringing.

With that said, it should come as little surprise that tinnitus is often associated with conditions like anxiety, depression, and insomnia. It's as if you're being followed around by a gremlin dead-set on repeatedly making the most annoying sound in the world. And there's nothing you can do to make it leave.

That kind of thing would wear on anyone's nerves.

The short answer is that we're not entirely sure. The long answer is that tinnitus has been linked to a wide range of health conditions, particularly related to the ears. These include, but are certainly not limited to:

Is There a Cure for Tinnitus?

The good news is that even if there's no true cure for tinnitus—again, remember that we still aren't entirely sure what causes the condition—there are plenty of treatments that can alleviate its symptoms. White noise machines, for instance, can create a soothing soundscape on which your brain can focus to distract itself from the ringing. Switching medications and eliminating certain foods from your diet can potentially help alleviate the condition or at least reduce its severity.

Finally, for particularly severe cases, a specialized form of therapy known as tinnitus retraining can effectively 'reset' the brain and condition it to ignore the ringing. The tinnitus symptoms may still be present, and they may still become noticeable in particularly quiet environments. But for the most part, it will be relegated to background noise and therefore easily ignorable.

Tinnitus retraining leverages a process known as habituation. Basically, it uses a masking device that trains the brain to classify tinnitus as unimportant. The good news is that you don't actually need to visit a registered therapist in order to try this technique—there are plenty of commercially-available masking devices.

How Can Hearing Aids Help With Tinnitus?

Hearing assistance devices have often been found to alleviate tinnitus symptoms simply by virtue of what they do. First, tinnitus has, alongside other conditions such as hyperacusis, been linked to auditory deprivation. As such, the simple act of wearing a hearing aid may, in some cases, cause tinnitus symptoms to vanish completely.

Hearing aids can also act as ad-hoc tinnitus masking devices, drowning out the auditory condition by improving the clarity of external sound.

What's more, many hearing aid manufacturers have begun including sound therapy functionality into the companion apps for their hearing aids. This means that wearers can use their hearing aids for tinnitus masking and access guided sessions to help them retrain their brain without having to go through the song and dance of scheduled therapy sessions.

Finally, modern hearing aids also have the ability to connect and interface with a wide range of multimedia devices. They also feature both automatic and manual sound balancing that allows you to focus on specific sounds. What that means is that the next time you're out in public, neither your tinnitus nor background noise will interfere with your conversations—your hearing aid will automatically balance to ensure you can hear your partner talk.

Tinnitus is by no means a dangerous or life-threatening condition. But it is equal parts debilitating and frustrating. Thankfully, even though it's not exactly curable, there are plenty of ways to treat it, from simple background noise to advanced hearing aids that relegate the ringing to exactly where it should be. Unnoticed and entirely out of earshot.